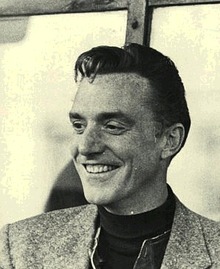 Welch published and performed widely during the 1960s. He taught a poetry workshop as part of the University of California Extension in San Francisco, from 1965 to 1970.

He is believed to have he taken his own life, after leaving a note on May 23, 1971. His body was never found.

All content from Kiddle encyclopedia articles (including the article images and facts) can be freely used under Attribution-ShareAlike license, unless stated otherwise. Cite this article:
Lew Welch Facts for Kids. Kiddle Encyclopedia.