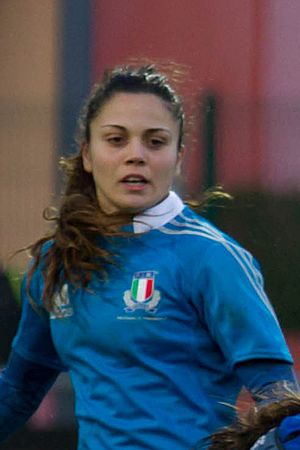 She was a member of the Italian national team. She participated in the 2009 Women's Six Nations Championship, and 2017 Women's Rugby World Cup.

On the club level, she played for Colorno, where she won the Serie A 2017-2018 championship.

All content from Kiddle encyclopedia articles (including the article images and facts) can be freely used under Attribution-ShareAlike license, unless stated otherwise. Cite this article:
Maria Grazia Cioffi Facts for Kids. Kiddle Encyclopedia.