34th Street Hudson Yards is a station on the IRT Flushing Line of the New York City Subway . Located at the West Side at the intersection of 34th Street and 11th Avenue .

This station is for 7 trains

After this station , the next station will be Times Square 42nd Street .

This station is on 34th Street Between 10th Avenue and 11th Avenue .

It is located on the West Side of Manhattan . 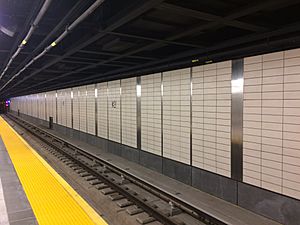 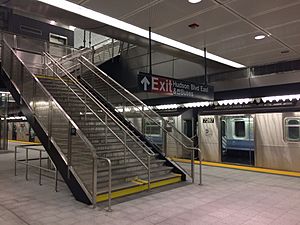 All content from Kiddle encyclopedia articles (including the article images and facts) can be freely used under Attribution-ShareAlike license, unless stated otherwise. Cite this article:
34th Street–Hudson Yards station Facts for Kids. Kiddle Encyclopedia.