The Beaconsfield Mine & Heritage Centre is located in Beaconsfield, Tasmania. It was originally called the Grubb Shaft Gold and Heritage Museum. It was formed in 1972 after discussions were held as to forming a district museum, after which construction of the actual centre began, finally being opened in 1984. It is currently run by the West Tamar Council and holds over 10,000 pieces in its collection. 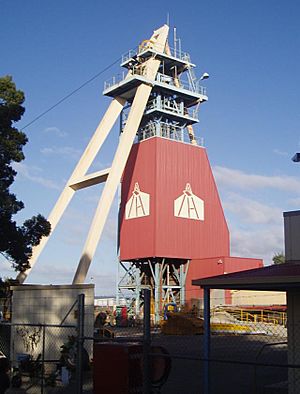 In 1984 the Grubb Shaft Gold and Heritage Museum officially opened. In 1999 the West Tamar Historical Committee handed the management of the museum to the West Tamar Council.

The centre houses over 10,000 pieces in its collection and is continually growing through donations from the Tamar Valley community. Staff take care in preserving artefacts and are always on the look out for interesting pieces to add to the collection.