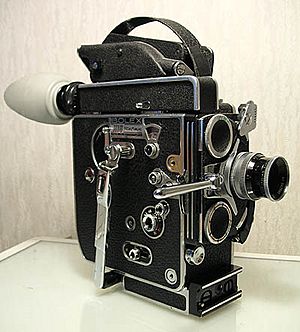 A documentary film is a nonfictional motion picture intended to document some aspect of reality, primarily for the purposes of instruction, education, or maintaining a historical record. Such films were originally shot on film stock—the only medium available—but now include video and digital productions that can be either direct-to-video, made into a TV show, or released for screening in cinemas. "Documentary" has been described as a "filmmaking practice, a cinematic tradition, and mode of audience reception" that is continually evolving and is without clear boundaries.

All content from Kiddle encyclopedia articles (including the article images and facts) can be freely used under Attribution-ShareAlike license, unless stated otherwise. Cite this article:
Documentary Facts for Kids. Kiddle Encyclopedia.