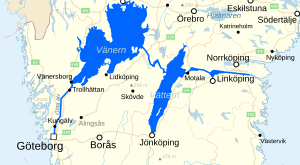 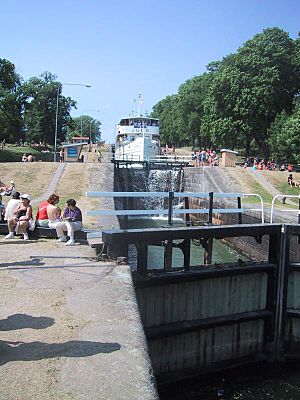 Göta Canal (Swedish: Göta kanal) is a canal in southern Sweden. Opened in 1832, its economic importance started to decline early because of the arrival of railroads in Sweden by the mid 19th century, and nowadays, it's mostly used for summertime tourist boat tours, as well as private boating.

All content from Kiddle encyclopedia articles (including the article images and facts) can be freely used under Attribution-ShareAlike license, unless stated otherwise. Cite this article:
Göta Canal Facts for Kids. Kiddle Encyclopedia.