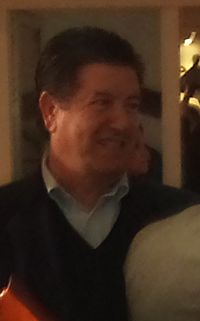 Jaime Ortí Ruiz (24 January 1947 – 24 November 2017) was a Spanish football businessman and sports commentator. He was born in Aldaya, Spain. He was one of the Presidents of the football team Valencia C.F.. He was believed to have created the term "Galácticos" to describe the Real Madrid team. He was also a sports commentator for Channel Nou.

All content from Kiddle encyclopedia articles (including the article images and facts) can be freely used under Attribution-ShareAlike license, unless stated otherwise. Cite this article:
Jaime Ortí Facts for Kids. Kiddle Encyclopedia.