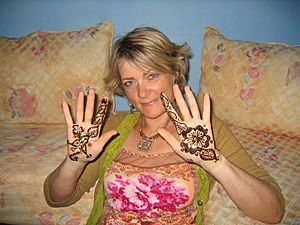 Jane Johnson (born 1960) is an English writer of books for adults and children and fiction book editor. As a writer she has used the pseudonyms Gabriel King, jointly with M. John Harrison, and Jude Fisher, as well as her real name.

Jane Johnson was educated at Liskeard Grammar School. She has a first class honours English degree, a teaching degree and a master's degree in Old Icelandic language and literature.

From 1984 to 1992, she was the editor responsible for the J.R.R. Tolkien list at George Allen & Unwin Publishers and commissioned both John Howe and Alan Lee to illustrate Tolkien's work, including Lee's acclaimed illustrated Tolkien-centenary edition of The Lord of the Rings. The publishing house was later bought by HarperCollins, where she remains a Publishing Director working remotely across the Voyager fantasy and science fiction list and crime/thrillers. Her authors there have included George R.R. Martin, Raymond E. Feist, Robin Hobb, Dean Koontz, Stuart MacBride, Jonathan Freedland, Tom Knox as S.K. Tremayne, and Mark Lawrence.

With M. John Harrison she wrote the four-volume "Gabriel King" series – the "Tag, the Cat" animal stories as catalogued by ISFDB (1997 to 2002). The series is available in e-book in the UK and are still in print in the US.

As "Jude Fisher", she worked with cast and crew to create six Visual Companion books (2001 to 2014) for the film trilogies The Lord of the Rings and The Hobbit, Peter Jackson's adaptations of Tolkien.

Johnson travelled to North Africa in 2005 to investigate a family legend about the abduction of a family in 1625 from a Cornish church by Barbary pirates, and there met Abdellatif, who was later that year to become her husband, a Berber tribesman. She now splits her time between the UK and a small town in the Anti-Atlas Mountains. Her first adult mainstream novel was The Tenth Gift, based on the Barbary pirate story. This was followed by a desert epic, set in the Sahara among the Tuareg nomads, The Salt Road. The Sultan's Wife (2012) is set in the 17th-century court of Sultan Moulay Ismail and tells the story of two slaves, an African chieftain's son Nus-Nus and an Anglo-Dutch woman Alys. It also includes an account of the embassy sent from the Moroccan sultan to the court of King Charles II which is documented in John Evelyn's Diary. Her novels are translated and sold in more than 20 countries.. Living part of the year in Morocco, Johnson has made good use of her acquired knowledge of Moroccan culture and history as a background for the novels. In 2016 her 12th century epic, Pillars of Light, set largely inside the walls of Acre during the infamous siege during the Third Crusade was published by the University of Central Lancashire to considerable critical acclaim. The following year her account of the Fall of Granada - Court of Lions was published by Head of Zeus in the UK, Penguin Random House in Canada and by Pegasus in the US. The Sea Gate - a WWII story set in her native Cornwall - was published by Head of Zeus in summer 2020 in the UK, and in winter 2020/21 by Simon & Schuster in Canada and the US.

Her magical fantasy novels for children include The Eidolon Chronicles (Legends of the Shadow World in a US omnibus edition): The Secret Country, The Shadow World and Dragon's Fire. Two single volume stories followed: Maskmaker in 2010 and Goldseekers in 2011.

one novel set in Syria"

one novel set in Spain

This series of animal stories by Johnson and M. John Harrison as Gabriel King was published by Century (British hardcover editions) and other Random House divisions.

All content from Kiddle encyclopedia articles (including the article images and facts) can be freely used under Attribution-ShareAlike license, unless stated otherwise. Cite this article:
Jane Johnson (writer) Facts for Kids. Kiddle Encyclopedia.