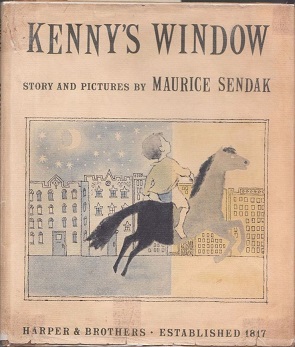 Kenny's Window is the first children's book written and illustrated by Maurice Sendak. It tells the story of a young boy's quest for a garden that he sees in his dream, which involves answering seven questions given to him by a four-legged rooster in that dream. His toys and stuffed animals help him along the way.

All content from Kiddle encyclopedia articles (including the article images and facts) can be freely used under Attribution-ShareAlike license, unless stated otherwise. Cite this article:
Kenny's Window Facts for Kids. Kiddle Encyclopedia.