Montserrat is an overseas territory of the United Kingdom, and both because of and despite that the UK must have somewhat formal relations. 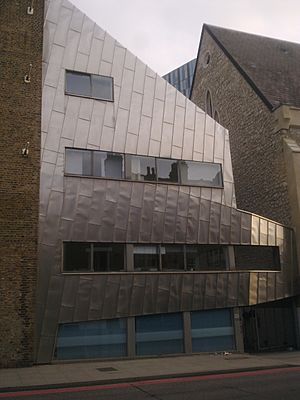 Representative of Montserrat in London, located at 180-186 Kings Cross Road, in the Kings Cross neighborhood.

All content from Kiddle encyclopedia articles (including the article images and facts) can be freely used under Attribution-ShareAlike license, unless stated otherwise. Cite this article:
Montserrat–United Kingdom relations Facts for Kids. Kiddle Encyclopedia.