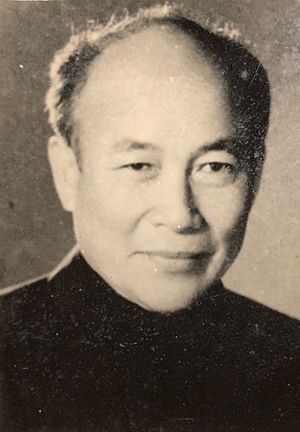 Pen name Tô Hoài is derived from names of Tô Lịch river and Hà Đông province which are landmarks of his hometown. Among his works are the best - seller books Dế mèn phiêu lưu ký (Diary of a cricket) (1941), Truyện Tây Bắc (Stories of North West region) (1958), Quê nhà (Home town) (1970), Ba người khác (Three Others) (1991). Some of his works have been translated into foreign languages. He won the Ho Chi Minh Prize for Literature in 1996.

Tô Hoài was born in Nghĩa Đô ward, Cau Giay district, Hanoi, Vietnam. He was the only son of a craftsmen family who made their living by weaving. He was sent to primary school but no longer continued higher education because of his family poor financial conditions.

After leaving school, he had started to work in many different jobs as a craftsman, tutor, salesman, accountant … to earn money but he never gave up his desire to study. And so he continued to self-study from then until the day he became one of the most prestigious writer in Vietnam.

His first literary work was issued in the Hà Nội Tân văn (Hanoi Newspaper) and Tiểu thuyết thứ bảy (Saturday Novel Newspaper) in the end of 1940. Since then he had written for many kind of genres: guides, journal, memoirs, short stories, poetry, anthologies, novels, autobiographies, film scripts, plays and many types of newspaper articles like feature articles, editorials, columns. He had written more than 150 works of which about half are for children. In among the most well - known book for children is also his best selling, Dế mèn phiêu lưu ký (Diary of a cricket) (1941) that has been translated in 37 languages and filmed. The book has been created for comics, cartoons and kept republished many times. For many years and until today one chapter of the book is continued to publish in textbook for elementary school students and to be taught nationwide.

Tô Hoài’s works and books are mainly for five themes: 1. Children, 2. History and present of Hanoi’s suburbs, 3. Mountainous areas in North West and Viet Bac revolutionary base, 4. Resistance and the formation of socialism, 5. Autobiographies, memoirs and guides on creative writing.

Besides Dế mèn phiêu lưu ký (Diary of a cricket) translated in different languages, Tô Hoài has other books and stories translated in English, Russian, Chinese, French, Japanese … Some of them are Chuyện Trê Cóc (The story of the catfish and the toad), Tình buồn (A sad love story)

Later life and before death, he stopped writing books but continued to produce many articles published by many local newspapers in Vietnam. Tô Hoài died of old age at 94 years old on March 6th, 2014 in Hanoi. The funeral service was held on March 17th, 2014 by the states and attended by hundreds people including family members, high-rank leaders from the states, governments, Hanoi People Committee, associations, bodies … and his beloved readers. His death was marked as the passing away of the last writer of the writers generation who became famous before the Revolution in 1945 in Vietnam.

During the Democracy Front period in 1938, Tô Hoài joined the Fraternity Weaver Movement as Acting Secretary for their Ha Dong province association as well as the Movement for Youth Against Imperialism. In 1943, he became a member of the first team of Culture for Nation Salvation in Hanoi. After the August Revolutionary in 1945, Tô Hoài participated in the Southward March Movement, leaving for Việt Bắc province to be a journalist for Cứu quốc newspaper (National Salvation). There, he worked as a head of Cứu quốc Việt Bắc newspaper (Viet Bac National Salvation and as an editor-in-chief for Cứu quốc magazine. He also joined the Vietnamese Arts & Literature Association in 1951.

All content from Kiddle encyclopedia articles (including the article images and facts) can be freely used under Attribution-ShareAlike license, unless stated otherwise. Cite this article:
Tô Hoài Facts for Kids. Kiddle Encyclopedia.