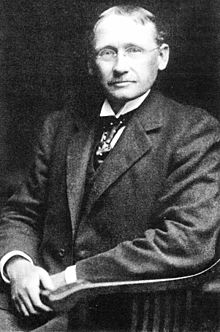 Scientific management is a field of study which was started by Frederick Winslow Taylor (1856-1915). In his honor, the domain is sometimes called Taylorism. Taylor believed he could improve work in a company and its management through scientific procedures. This would solve the social problems in the company and guarantee wealth for all people. Very important components are:

It was mainly used for manufacturing processes, where workers operated machines to get a product. Today, the main problems seen with this approach is that the workers were treated like machines and not like human beings. It is the division of labour pushed to its extreme.

All content from Kiddle encyclopedia articles (including the article images and facts) can be freely used under Attribution-ShareAlike license, unless stated otherwise. Cite this article:
Scientific management Facts for Kids. Kiddle Encyclopedia.