Events of the Tenchō era 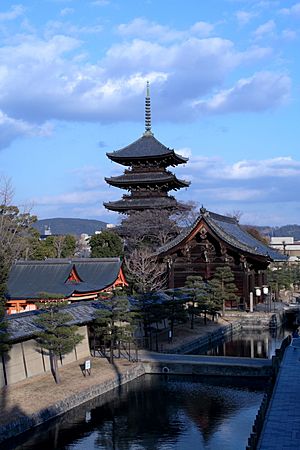 In Tenchō 3, work on the pagoda at To-ji was begun

This era is part of Kōnin-jōgan, which is a historical period from 810 to 877. The importance of Buddhism and the arts was notable during this time.

All content from Kiddle encyclopedia articles (including the article images and facts) can be freely used under Attribution-ShareAlike license, unless stated otherwise. Cite this article:
Tenchō Facts for Kids. Kiddle Encyclopedia.