The Texas Air & Space Museum is an aviation museum located near Rick Husband Amarillo International Airport in Amarillo, Texas. The museum displays civilian and military aircraft, as well as a wide range of air and space artifacts.

In 1989, a group of aviation enthusiasts in Amarillo formed an air and space museum at private Tradewind Airport in southeast Amarillo. In 1997, the museum moved from Tradewind Airport to the Amarillo International Airport (later Rick Husband Amarillo International Airport) and into old buildings that, for most of the years from 1929 through 1972, served as Amarillo's commercial air terminal, first as English Field, then as English Airport, and finally as Amarillo Air Terminal. When the ongoing maintenance costs of English Field's old terminal building and hangars became too great for the museum and city to bear, English Field Air & Space Museum relinquished 13 of its 14 aircraft to other museums, moved its artifacts into storage, and in 2007, closed its doors.

In July 2011, the museum acquired the locally built and flown Speed Johnson F8F Beercat Reno racer, (registered as Speed Johnson F4F Bearcat) And, in September 2011, the museum acquired a NASA Gulfstream II Shuttle Training Aircraft that was known by NASA as '946' and was flown 49 times by the airport's namesake—Rick Husband, commander of STS-107 Space Shuttle Columbia that on February 1, 2003, disintegrated upon re-entry, killing all crew members. 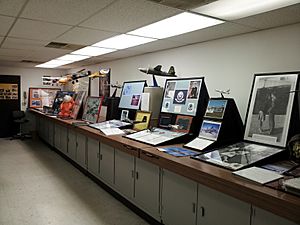 Indoor exhibits on the east wall of room 101 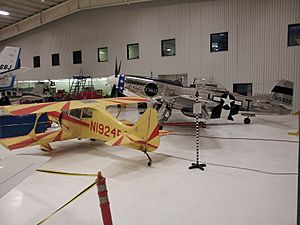 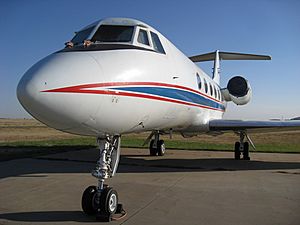 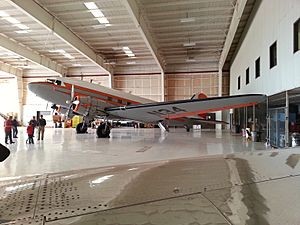 This section of the museum houses dedications to the space program and covers the period from the Mercury flights to the Space Shuttle.