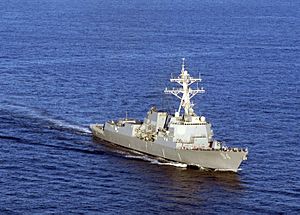 The USS Nitze at sea 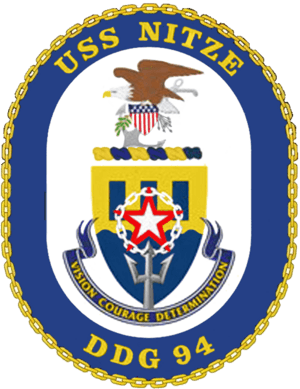 The USS Nitze (DDG 94) is an Arleigh Burke class destroyer. It is owned by the United States Navy. The ship was built at Bath Iron Works in Maine. It was finished in 2004. The ship was commissioned on March 5, 2005 after almost a year of testing at sea.

All content from Kiddle encyclopedia articles (including the article images and facts) can be freely used under Attribution-ShareAlike license, unless stated otherwise. Cite this article:
USS Nitze (DDG-94) Facts for Kids. Kiddle Encyclopedia.