The Alabama Auto Show is held each year at the Birmingham Jefferson Convention Complex, in Birmingham, Alabama.

This event is organized by the Birmingham Automobile Dealers Association. Vehicles representing domestic and imported car and truck lines are on display across the exhibition halls at the BJCC.

The Suzuki Grand Vitara "Blizzard" Concept Car was introduced during the 2007 Show. 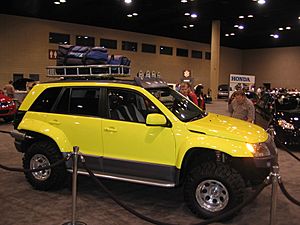 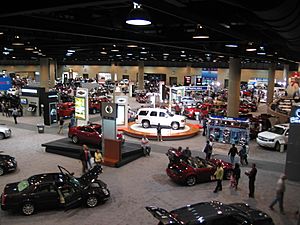 Aerial view of the vehicles

All content from Kiddle encyclopedia articles (including the article images and facts) can be freely used under Attribution-ShareAlike license, unless stated otherwise. Cite this article:
Alabama International Auto Show Facts for Kids. Kiddle Encyclopedia.