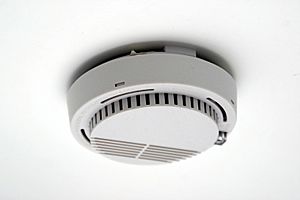 The word came from the Old French A l'arme meaning "To the arms", "To the weapons", telling armed men to pick up their weapons and get ready for action, because an enemy may have suddenly appeared. 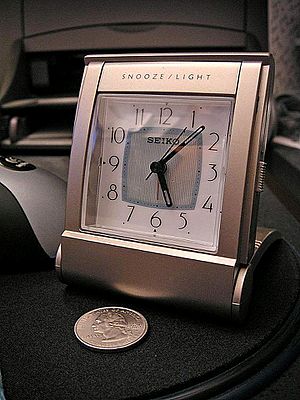 Alarms have the capability of causing a fight-or-flight response in humans; a person under this mindset will panic and either flee the perceived danger or attempt to eliminate it, often ignoring rational thought in either case. A person in such a state can be characterised as "alarmed".

With any kind of alarm, the need exists to balance between on the one hand the danger of false alarms (called "false positives") — the signal going off in the absence of a problem — and on the other hand failing to signal an actual problem (called a "false negative"). 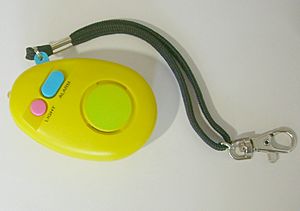 False alarms can waste resources expensively and can even be dangerous. For example, false alarms of a fire can waste firefighter manpower, making them unavailable for a real fire, and risk injury to firefighters and others as the fire engines race to the alleged fire's location.

In addition, false alarms may allow people to ignore alarm signals, and to possibly to ignore an actual emergency: Aesop's fable of The Boy Who Cried Wolf is an example this problem.

All content from Kiddle encyclopedia articles (including the article images and facts) can be freely used under Attribution-ShareAlike license, unless stated otherwise. Cite this article:
Alarm Facts for Kids. Kiddle Encyclopedia.