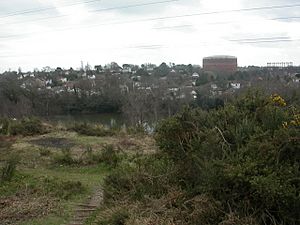 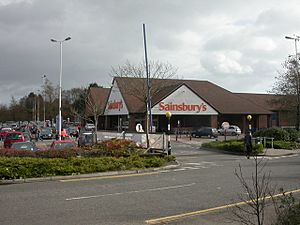 Alder Hills is a suburb in Dorset that crosses the boundaries of Bournemouth and Poole. It is south of Wallisdown, east of Alderney and north of Parkstone.

In July 2019, a huge heathland fire occurred in the area. It was reported that it could take 20 years to recover after fire. In August 2020 there was another fire.

The Alder Hills Nature Reserve is in the area. The reserve is noted for its lizard and dragonfly populations. In 1984 it was designated as a Site of Special Scientific Interest by Natural England. 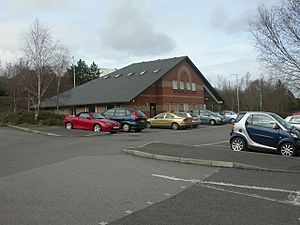 Alder Hills is served by the Heatherview Medical Centre.

Alder Hills is part of the Bournemouth West constituency.

All content from Kiddle encyclopedia articles (including the article images and facts) can be freely used under Attribution-ShareAlike license, unless stated otherwise. Cite this article:
Alder Hills Facts for Kids. Kiddle Encyclopedia.