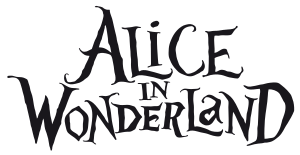 It is based on the Alice in Wonderland book written by Lewis Carroll. The score is by Danny Elfman.

A sequel, Alice in Wonderland: Into the Looking Glass will be released in May 2016.

All content from Kiddle encyclopedia articles (including the article images and facts) can be freely used under Attribution-ShareAlike license, unless stated otherwise. Cite this article:
Alice in Wonderland (2010 movie) Facts for Kids. Kiddle Encyclopedia.