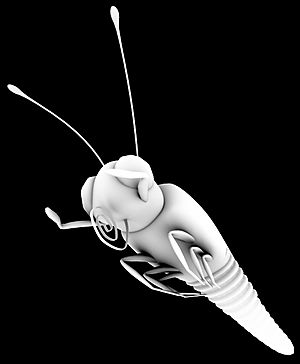 ambient occlusion on a 3D model of a bug

Ambient occlusion is a technique used in 3D computer graphics to estimate how light behaves. The physics of how photons of light can occupy a space says that inner corners of objects (or space where two objects are close to each other) have less light and appear darker (have more shadow).

Imagine being inside a matte white cube with even light; the surface color is exactly the same so theoretically you shouldn't be able to see any corners or edges; but because of the described effect you can.

All content from Kiddle encyclopedia articles (including the article images and facts) can be freely used under Attribution-ShareAlike license, unless stated otherwise. Cite this article:
Ambient occlusion Facts for Kids. Kiddle Encyclopedia.