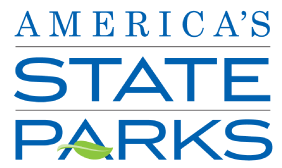 As the founder of the National Park Service, Stephen Mather, has said, "Who will gainsay that the parks contain the highest potentialities of national pride, national contentment, and national health? A visit inspires love of country; begets contentment; engenders pride of possession; contains the antidote for national restlessness...He is a better citizen with a keener appreciation of the privilege of living here who has toured the nation's parks."

The First Day Hikes program of free, guided hikes on New Year's Day in state parks across all fifty states is conducted under the aegis of America's State Parks.

All content from Kiddle encyclopedia articles (including the article images and facts) can be freely used under Attribution-ShareAlike license, unless stated otherwise. Cite this article:
America's State Parks Facts for Kids. Kiddle Encyclopedia.