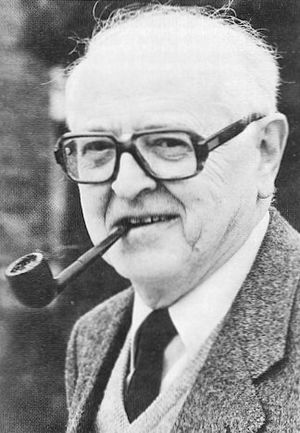 André Goosse (16 April 1926 – 4 August 2019) was a Belgian grammarian. He was known for his works on Le Bon Usage. In 1988, he married the Belgian writer France Bastia. He was a professor at the Université Catholique de Louvain. He was also the president of the Conseil international de la langue française.

All content from Kiddle encyclopedia articles (including the article images and facts) can be freely used under Attribution-ShareAlike license, unless stated otherwise. Cite this article:
André Goosse Facts for Kids. Kiddle Encyclopedia.