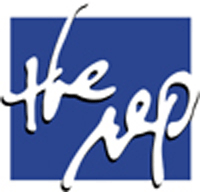 Arkansas Repertory Theatre (The Rep) is the longest-running nonprofit resident theater in Arkansas It is affiliated with Actors' Equity Association and offers a year-round season. The Rep is housed in a 377-seat facility in Little Rock, Arkansas. It was founded in 1976 by Cliff Fannin Baker.

The Rep produces six or seven productions annually. It attracts more than 70,000 patrons annually and offers performances over 200 nights each year. The Rep has mounted more than 350 productions, including 45 world premieres. A recent season included major stagings of The Crucible, Cheryl L. West's Jar The Floor and Sister Act.

On April 24, 2018, The Rep suspended production due to financial difficulties. A volunteer committee led by longtime board member Ruth Shepherd was formed to raise $2.33 million. The Rep continued educational programming when production was suspended.

The Rep resumed performances on February 20, 2019.

All content from Kiddle encyclopedia articles (including the article images and facts) can be freely used under Attribution-ShareAlike license, unless stated otherwise. Cite this article:
Arkansas Repertory Theatre Facts for Kids. Kiddle Encyclopedia.