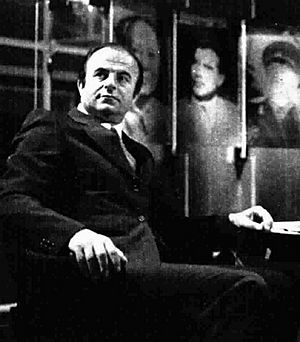 Arrigo Petacco (7 August 1929 – 3 April 2018) was an Italian writer, historian and journalist. He was born in Castelnuovo Magra, Italy. He was special envoy, editor-in-chief and executive director of La Nazione and La Storia Illustrata, and author of the homonymous monthly television program on the RAI.

All content from Kiddle encyclopedia articles (including the article images and facts) can be freely used under Attribution-ShareAlike license, unless stated otherwise. Cite this article:
Arrigo Petacco Facts for Kids. Kiddle Encyclopedia.