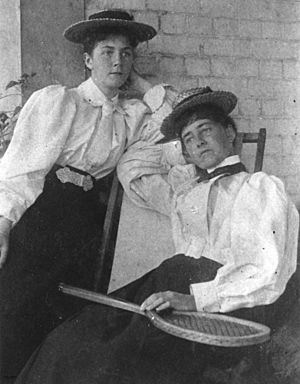 A blouse is a dress shirt for women that fits loosely. In the past, men, women, and children wore blouses. These loose shirts often had a belt or tie at the waist.

All content from Kiddle encyclopedia articles (including the article images and facts) can be freely used under Attribution-ShareAlike license, unless stated otherwise. Cite this article:
Blouse Facts for Kids. Kiddle Encyclopedia.