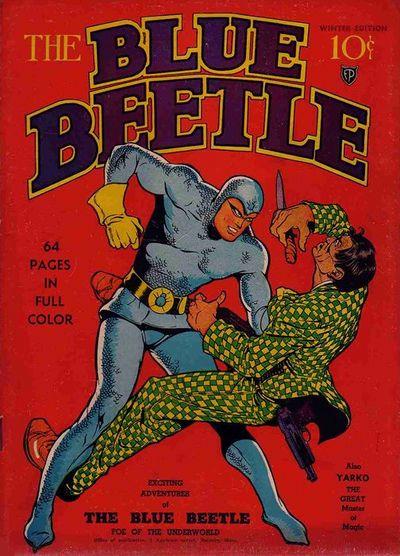 Blue Beetle is the name of three fictional superheroes who appear in DC Comics. They bought the rights to the character in 1983, using the name for three distinct characters over the years.

The third Blue Beetle, created by DC Comics, is Jaime Reyes, a teenager who discovered that the original Blue Beetle scarab morphed into a battle suit allowing him to fight crime and travel in space.

All content from Kiddle encyclopedia articles (including the article images and facts) can be freely used under Attribution-ShareAlike license, unless stated otherwise. Cite this article:
Blue Beetle Facts for Kids. Kiddle Encyclopedia.