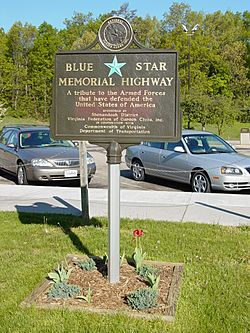 Blue Star Memorial Highways are highways in the United States that are marked to pay tribute to the U.S. armed forces. The National Council of State Garden Clubs, now known as National Garden Clubs, Inc., started the program in 1945 after World War II. The blue star was used on service flags to denote a service member fighting in the war. The program has since been expanded to include Memorial Markers and Memorial By-ways (since 1994). These markers are used in National Cemeteries, parks, veterans facilities, and gardens. 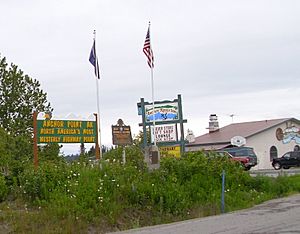 And on highway 287 in Lafayette CO at Baseline Red. 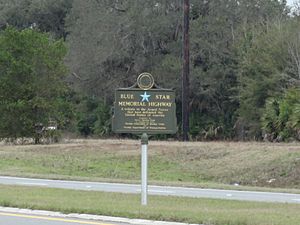 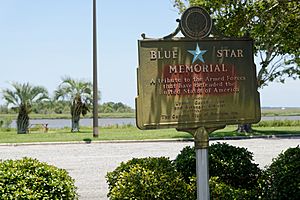 The history of Blue Star Memorial Highways in Maine, according to Maine Garden Clubs:

• 1974 — State Route 157 and U.S. Route 201, from the junction of Route 1 at Brunswick to the Canadian border near Jackman, is designated a Blue Star Memorial Highway, giving Maine a total of 1171.6 miles of designated highway. 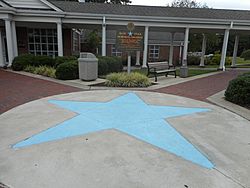 A paved blue star and historical marker at the southbound I-95 Welcome Center in Pleasant Hill, NC 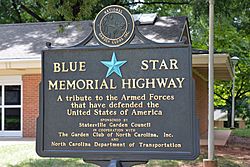 I-77 rest area, near Mooresville, NC

Near City Hall towards Camp Lejeune, in Jacksonville (dedicated on May 27, 1984). 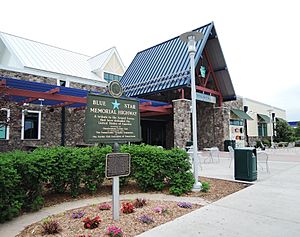 At the Sideling Hill rest area 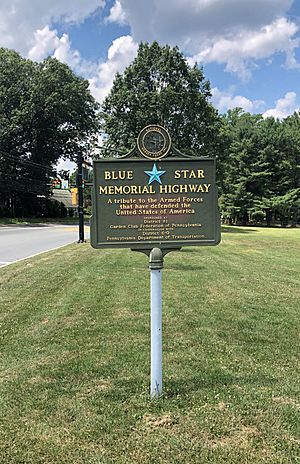 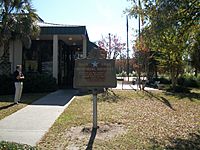 At York Street and Richland Avenue intersection, in Aiken.
West end of the Gervais Street Bridge, in Columbia.
On South Carolina State Capital grounds, in Columbia.
Near Sesquicentennial State Park entrance, north of Columbia.
At Hampton Park, in Camden.
SC 151 intersection, in McBee (dedicated on April 14, 1953; rededicated on May 23, 2011); it was the sixth established blue star in the state.
Near North Carolina state line, in Chesterfield County. 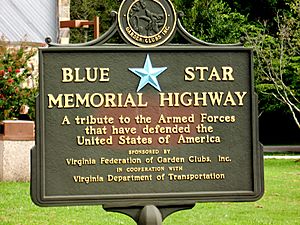 All content from Kiddle encyclopedia articles (including the article images and facts) can be freely used under Attribution-ShareAlike license, unless stated otherwise. Cite this article:
Blue Star Memorial Highway Facts for Kids. Kiddle Encyclopedia.