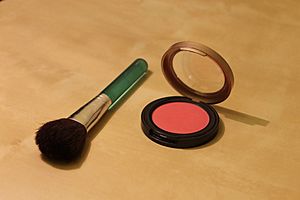 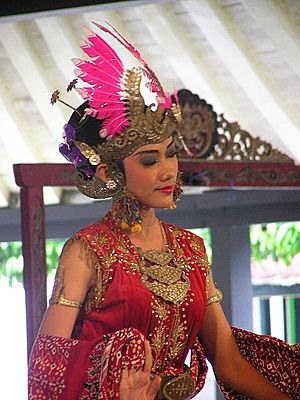 Blush or rouge is a type of cosmetic put on the cheeks, usually in red or pink. It can be a powder or a cream. Blush is almost always used by girls and not often used by boys except for in acting.

Blush was first used by Egyptians in 3000 BC. In the 1800s, wearing cosmetics made people think a woman had bad character, so people from that time would pinch their cheeks to make them red.

All content from Kiddle encyclopedia articles (including the article images and facts) can be freely used under Attribution-ShareAlike license, unless stated otherwise. Cite this article:
Blush Facts for Kids. Kiddle Encyclopedia.