In January, 1946, the community library reopened and its collection was housed in a building located on the Boca Raton Army Air Field. Severe damage from a hurricane forced the library to close again in 1947.

Another community library opened inside the city's town hall in 1948. With the help of funding from the city, the library moved to the administration building of the Garden Apartments on West Palmetto Road in 1957. A new library building was completed in 1961 on NW 2nd Avenue, the location of the current Downtown Library. In 1966 this building was dedicated to the city and named the Boca Raton Public Library. The building subsequently underwent several renovations.

In 2003 Boca Raton voters approved a $19.8 million bond issue for the building of two new library buildings. The first building, located at 1501 Spanish River Boulevard, opened on January 26, 2008 and is known as the Spanish River Library and Community Center. The second building was constructed on Boca Raton Boulevard, a block north of the original Boca Raton Downtown Library, and opened in June 2013.

The Boca Raton Public Library opened the Discover Studio within the Downtown location in September 2015. The Studio was funded by the Friends of the Boca Raton Public Library. The Discover Studio utilizes a pop-up space model to teach emerging technologies, including 3D printing, photo and film editing, music production and audio podcasting. Classes are taught by qualified librarian instructors and outside expert instructors. The Discover Studio is a part of the library's involvement in community education. All classes are free with a valid library card. 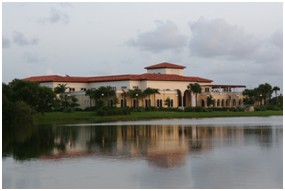 All content from Kiddle encyclopedia articles (including the article images and facts) can be freely used under Attribution-ShareAlike license, unless stated otherwise. Cite this article:
Boca Raton Public Library Facts for Kids. Kiddle Encyclopedia.