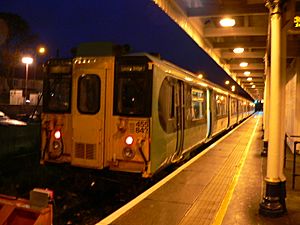 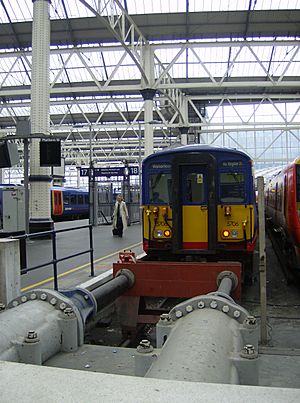 The British Rail Class 455 is a type of electric multiple unit drawing power from a 750 V DC third rail. Built by BREL at York works in the early and mid-1980s, they were initially categorised as Class 510 as the successor to the Class 508. They are used on suburban services in South London, by South West Trains and Southern.

All content from Kiddle encyclopedia articles (including the article images and facts) can be freely used under Attribution-ShareAlike license, unless stated otherwise. Cite this article:
British Rail Class 455 Facts for Kids. Kiddle Encyclopedia.