Calling All Monsters facts for kids 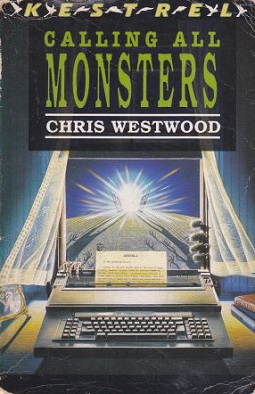 Calling All Monsters is the second novel by Chris Westwood, a British author of children's and young adult fiction. It was first published in the UK in 1990 by Viking Kestrel (part of the Penguin Group) and in the US in 1993 by HarperCollins Children's Books. Optioned for film three times by Steven Spielberg and later DreamWorks, the film version of the book remains unproduced.

All content from Kiddle encyclopedia articles (including the article images and facts) can be freely used under Attribution-ShareAlike license, unless stated otherwise. Cite this article:
Calling All Monsters Facts for Kids. Kiddle Encyclopedia.