Their interest was rewarded after an aggressive campaign. The charter was awarded in November 1964, and the Hall of Fame made an application to be incorporated under the Societies Act in 1965. Selection committees were appointed in both the East and West to name the charter members. The committees met in Montreal on January 19, 1966, and 48 founding members were inducted.

On May 17, 1967, Tom Gordon, then President of the Canadian Lacrosse Association, officially opened the Hall of Fame premises, located in New Westminster's Centennial Community Centre. Prior the opening of the new premises in 1967, the hall's museum had been located at the New Westminster Museum & Archives on Royal Avenue. The Canadian Lacrosse Hall of Fame was officially incorporated in November 1970. Since then, a steady flow of historical and championship pictures, famous lacrosse players' sticks, sweaters, plaques, medals, and trophies have been donated for display.

In the early weeks of January 1980, the hall fell victim to a series of museum break-ins that occurred in Vancouver and New Westminster. The Canadian Lacrosse Hall of Fame, the Irving House Museum, the New Westminster Museum & Archives, the British Columbia Sports Hall of Fame, and some other locations, all suffered break-ins which resulted in the theft of around 20 irreplaceable and priceless gold-metal items from the hall premises. None of the items stolen in 1980 have ever been located or recovered - and most likely all were melted down for their gold content. However the thieves, obviously professionals based on their co-ordination and timing, nevertheless left the Mann Cup and Minto Cup unharmed during their break-in.

In the wake of the break-in, extensive alterations and additions were made to the Hall of Fame to allow for better security and presentation of the items on display and of Canada's National Sport. The museum is the home of both the Minto Cup and the Mann Cup, Canada's top lacrosse trophies.

In the spring of 2014, the museum was closed to the public in preparation for its relocation to the Anvil Centre complex in downtown New Westminster. On September 13, 2014, the new location - still under some construction - was opened to the public for the first time. Meanwhile, the old location at the community centre was vacated on October 4, 2014. The official opening of the new Canadian Lacrosse Hall of Fame location took place during the 2014 induction dinner on November 8, 2014.

Induction of new members is made on an annual basis. In 1965, three categories were inaugurated: Field Players, Box Players and Builders. A Veteran category was added in 1997 to preserve the memory of stars of yesteryear, and in 1988, an outstanding Team category was also added. Starting in 2016, the box player and field player categories were merged into the Player category with no distinction made between box and field versions of the sport. 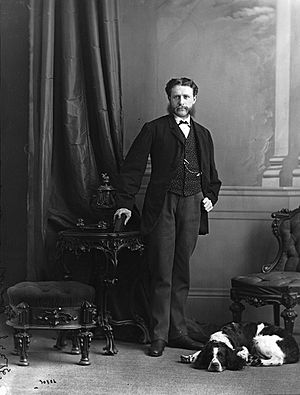 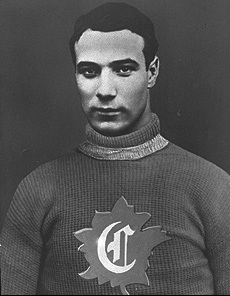 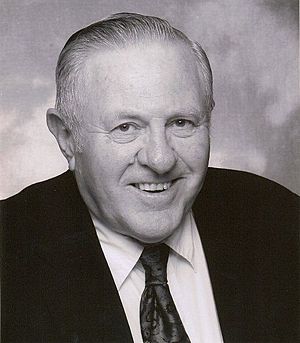 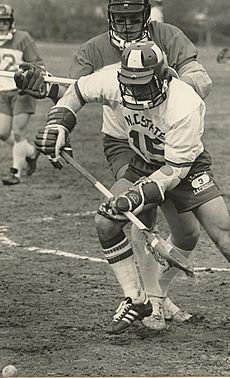 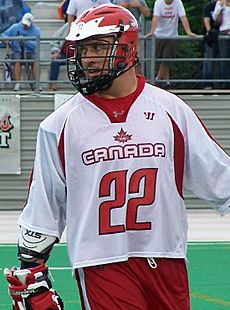 All content from Kiddle encyclopedia articles (including the article images and facts) can be freely used under Attribution-ShareAlike license, unless stated otherwise. Cite this article:
Canadian Lacrosse Hall of Fame Facts for Kids. Kiddle Encyclopedia.