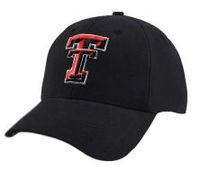 A cap is a form of headgear or headware. Caps have crowns that fit very close to the head. They have been used in almost every society, especially those societies which have colder weather.

They made their first appearance as early as 3,200BC. Caps typically have a visor, but sometimes have no brim at all. They are popular in casual and informal settings, and are seen in sports and fashion. They are designed for warmth, and often have a visor to block sunlight from the eyes. They come in many shapes, sizes, and are of different brands. Baseball caps are one of the most common types of cap.

All content from Kiddle encyclopedia articles (including the article images and facts) can be freely used under Attribution-ShareAlike license, unless stated otherwise. Cite this article:
Cap Facts for Kids. Kiddle Encyclopedia.