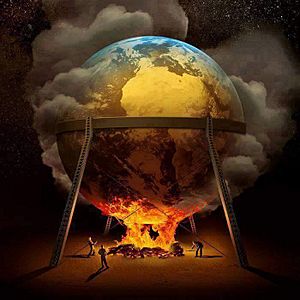 Carbon diet is the process of reducing the production of greenhouse gas, primarily carbon dioxide, to reduce effects on climate change and global warming.

Carbon dioxide is produced from heating, driving and consuming products.

The production of carbon dioxide can be reduced by decreasing the intake of carbon, and eventually reduces the effects of climate change.

According to Deborah Jones, her family undergoes carbon diet. They are already in week two of the Globe and Mail assignment. The purpose of this assignment is to see how her family can reduces the emissions of greenhouse gas to reach the provincial goal of 33 percent reduction. It is different from a low carbon diet which is done by choosing what to eat to reduce greenhouse gas discharge.

Carbon is from Latin word carbo "coal" is the chemical element with symbol C and atomic number 6. As a member of group 14 on the periodic table, it is nonmetallic and tetravalent—making four electrons available to form covalent chemical bonds. There are three naturally occurring isotopes, with 12C and 13C being stable, while 14C is radioactive, decaying with a half-life of about 5,730 years.

The term "carbon diet" is used in book Gore:A Political Life. There are steps in carbon diet:

All content from Kiddle encyclopedia articles (including the article images and facts) can be freely used under Attribution-ShareAlike license, unless stated otherwise. Cite this article:
Carbon diet Facts for Kids. Kiddle Encyclopedia.