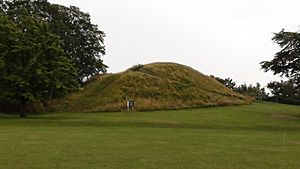 The mound of Cambridge Castle 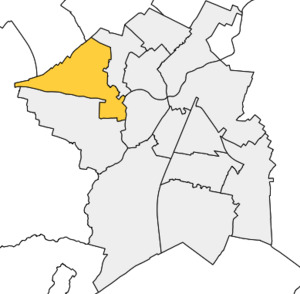 Castle is a district and electoral ward of the city of Cambridge, England. It is named after the former Cambridge Castle which once stood on Castle Mound. In the UK Census 2011 the population of Castle was 9,785.

The population of Castle Ward is being increased by the North West Cambridge Development, at its centre, Eddington, which began to be occupied in 2017.

All content from Kiddle encyclopedia articles (including the article images and facts) can be freely used under Attribution-ShareAlike license, unless stated otherwise. Cite this article:
Castle, Cambridge Facts for Kids. Kiddle Encyclopedia.