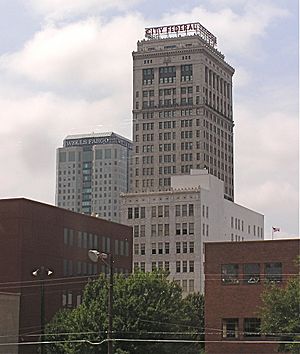 The City Federal Building (originally the Comer Building) is a skyscraper located on Second Avenue North in Birmingham, Alabama. It was built in 1913 and was designed by architect William C. Weston. It stands 27 stories or 325 feet on the Birmingham skyline.

All content from Kiddle encyclopedia articles (including the article images and facts) can be freely used under Attribution-ShareAlike license, unless stated otherwise. Cite this article:
City Federal Building Facts for Kids. Kiddle Encyclopedia.