Coming out facts for kids 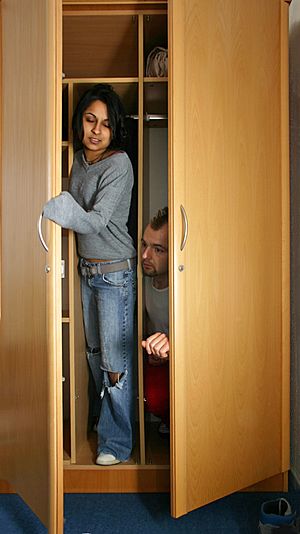 What coming out (of the closet literally means: No longer hiding in the wardrobe... 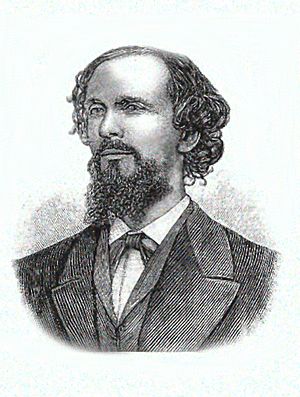 19th century LGBT rights advocate Karl Heinrich Ulrichs introduced the idea of coming out as a means of emancipation.

The term coming out means to reveal oneself as lesbian, gay or bisexual. It means no longer hiding one's sexual orientation.

The subject has been talked about as an issue of privacy. "Coming out of the closet" is said to be a psychological process, decision making or risk-taking, a means toward feeling gay pride rather than shame or stigma.

All content from Kiddle encyclopedia articles (including the article images and facts) can be freely used under Attribution-ShareAlike license, unless stated otherwise. Cite this article:
Coming out Facts for Kids. Kiddle Encyclopedia.