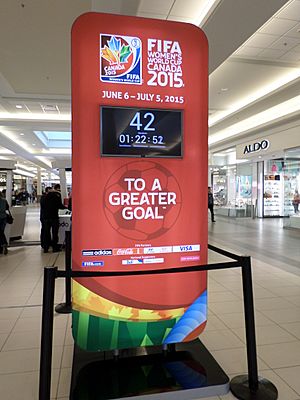 A countdown is a sequence of backward counting to indicate the time remaining before an event is scheduled to occur. NASA commonly employs the term "T-minus" during the preparation for and anticipation of a rocket launch, and even "E-minus" for events that involve spacecraft that are already in space, where the "T" could stand for "Test" or "Time", and the "E" stands for "Encounter", as with a comet or some other space object.

Other events for which countdowns are commonly used include the detonation of an explosive, the start of a race, the start of the New Year, or any anxiously anticipated event. 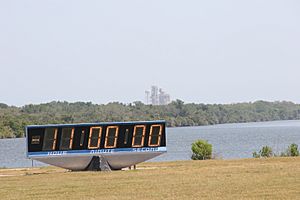 A countdown is a carefully devised set of procedures ending with the ignition of a rocket's engine. Depending on the type of vehicle used, countdowns can start from 72 to 96 hours before launch time.

At the start of films, a countdown sequence is printed on the head leader, to aid in synchronizing the film. In film (but not television) the countdown is in units of feet rather than time units.

In many New Year's Eve celebrations, there is a countdown during the last seconds of the old year until the beginning of the new year.

All content from Kiddle encyclopedia articles (including the article images and facts) can be freely used under Attribution-ShareAlike license, unless stated otherwise. Cite this article:
Countdown Facts for Kids. Kiddle Encyclopedia.