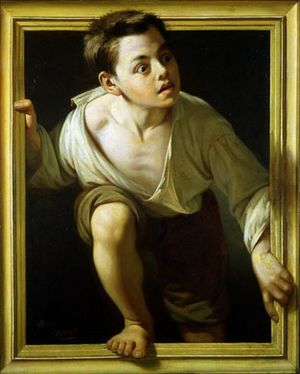 Criticism is a word used in two senses. Originally, it meant "a scholarly analysis and balanced judgement". Later (mid-20th century) it came to mean "a hostile attack" pointing out the bad features of the topic.

In ancient Greek kritos meant judge, and kritikos meant the critic. Related Greek terms are krinein (separating out, deciding), krei- (to sieve, discriminate, or distinguish). The word moved from Greek to Latin (Criticus, a judge) to French (critique) to English. The words "critic" and "critical" existed in the English language from the mid-16th century, and the word "criticism" first made its appearance in English in the early 17th century.

All content from Kiddle encyclopedia articles (including the article images and facts) can be freely used under Attribution-ShareAlike license, unless stated otherwise. Cite this article:
Criticism Facts for Kids. Kiddle Encyclopedia.