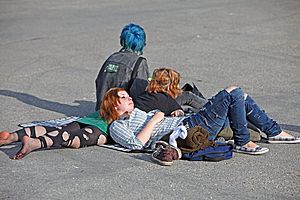 Cultural identity is the identity or feeling of belonging to a group. It is part of a person's self-conception and self-perception and is related to nationality, ethnicity, religion, social class, generation, locality or any kind of social group that has its own distinct culture. In this way, cultural identity is both characteristic of the individual but also of the culturally identical group of members sharing the same cultural identity.

These cultural identifiers may be the result of various conditions including: location, gender, race, history, nationality, religious beliefs, ethnicity, aesthetics, and even food. The divisions between cultures can be very fine in some parts of the world, especially in rapidly changing cities where the population is ethnically diverse 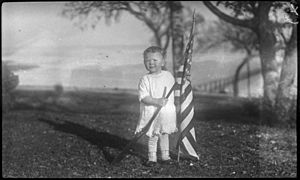 It is also noted that an individual's place where one lives, impacts the culture that that person chooses to abide by. The surroundings, the environment, the people in these places play a factor in how one feels about the culture they wish to adopt. Many immigrants find the need to change their culture in order to fit into the culture of most citizens in the country. This can conflict with an immigrant's current's and view in their culture and might pose a problem, as the immigrant feels compelled to choose between the two presenting cultures.

Some might be able to adjust to the various cultures in the world by committing to two or more cultures. It is not required to stick to one culture. Many people socialize and interact with people in one culture in addition to another group of people in another culture. Thus cultural identity is able to take many forms and can change depending on the cultural area. This is what allows people to feel like part of society wherever they go.

Modern culture is essential to our understanding of ourselves and our universe. Various modern cultural studies and social theories have investigated cultural identity.

All content from Kiddle encyclopedia articles (including the article images and facts) can be freely used under Attribution-ShareAlike license, unless stated otherwise. Cite this article:
Cultural identity Facts for Kids. Kiddle Encyclopedia.