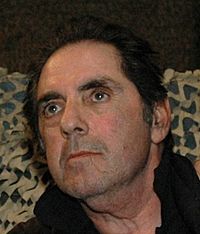 David Aaron Proval (born May 20, 1942) is an American actor. He is known for his roles as Tony DeVienazo in the Martin Scorsese movie Mean Streets (1973) and as Richie Aprile on the HBO crime drama series The Sopranos.

Proval was born in Brooklyn, New York City. He is Jewish.

All content from Kiddle encyclopedia articles (including the article images and facts) can be freely used under Attribution-ShareAlike license, unless stated otherwise. Cite this article:
David Proval Facts for Kids. Kiddle Encyclopedia.