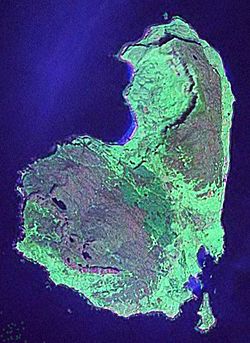 Eigg is a small island off the coast of Scotland. It is 9 km wide and has a population of 83 people. Eiggs highest point is it's only mountain, An Sgùrr.

All content from Kiddle encyclopedia articles (including the article images and facts) can be freely used under Attribution-ShareAlike license, unless stated otherwise. Cite this article:
Eigg Facts for Kids. Kiddle Encyclopedia.