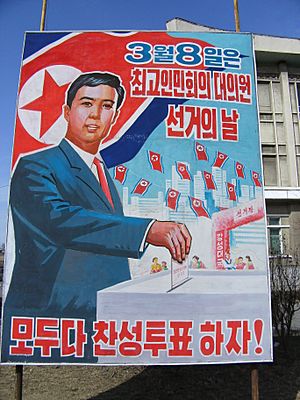 A propaganda poster in Pyongyang with the slogan "Let's all vote in agreement!" ("모두다 찬성투표하자!") 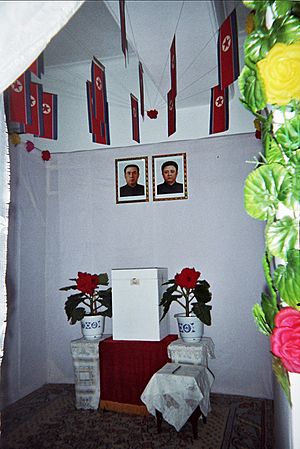 It is possible to vote against the proposed candidate, in state-wide elections; the name of the candidate needs to be traced with a special pen. There seems to be no secrecy, so everyone can see who votes against the candidate.

All content from Kiddle encyclopedia articles (including the article images and facts) can be freely used under Attribution-ShareAlike license, unless stated otherwise. Cite this article:
Elections in North Korea Facts for Kids. Kiddle Encyclopedia.