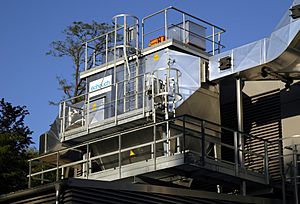 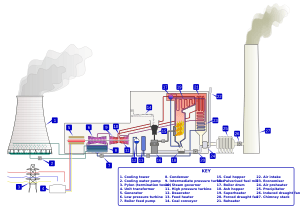 An electrostatic precipitator (ESP) is a device to capture particles from a flowing gas. It uses the force produced by electrostatic charge. ESPs are used in many power plants which burn fuel to produce energy, such as in power stations. Any gas produced by fuel burning will pollute the air much less after being passed through an ESP.

All content from Kiddle encyclopedia articles (including the article images and facts) can be freely used under Attribution-ShareAlike license, unless stated otherwise. Cite this article:
Electrostatic precipitator Facts for Kids. Kiddle Encyclopedia.