Emden is an unincorporated community in eastern Shelby County, Missouri, United States. It is located on Route 168 about nine miles east of Shelbyville.

Emden was originally called "Dennison's Corner", and under the latter name had its start in the late 1880s when J. H. Dennison opened a country store at the site. A post office called Emden has been in operation since 1888. The present name is a transfer from Emden, in Germany. 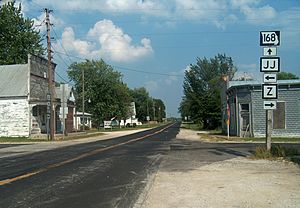 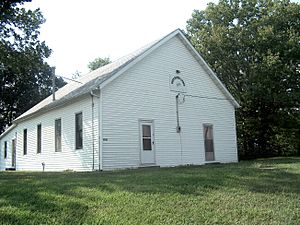 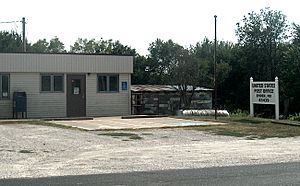 All content from Kiddle encyclopedia articles (including the article images and facts) can be freely used under Attribution-ShareAlike license, unless stated otherwise. Cite this article:
Emden, Missouri Facts for Kids. Kiddle Encyclopedia.