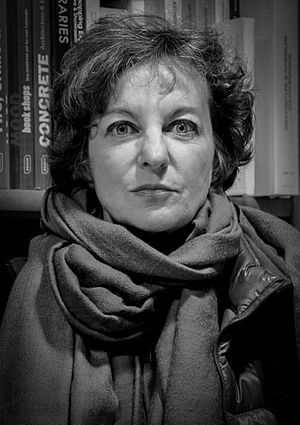 Emmanuèle Bernheim (30 November 1955 – 10 May 2017) was a French author and screenwriter. He won the Prix Médicis in 1993 with her book Sa femme. She wrote the screenplay of feature movies Swimming Pool (2003) and 5x2 (2004), both directed by François Ozon. She lived in Paris and also worked for television.

All content from Kiddle encyclopedia articles (including the article images and facts) can be freely used under Attribution-ShareAlike license, unless stated otherwise. Cite this article:
Emmanuèle Bernheim Facts for Kids. Kiddle Encyclopedia.