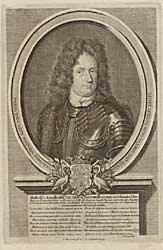 The school was named after Erik Dahlbergh

The Erik Dahlberg Secondary School (Swedish: Erik Dahlbergsgymnasiet) is a secondary school in Jönköping in Sweden. For many years the school focused in technical education. The school was opened in 1949 as the Jönköping Technical Secondary School (Swedish: Jönköpings tekniska gymnasium). The current name was adopted from the 1966-1967 school year. The current buildings were completed, step by step, between 1961 and 1994.

All content from Kiddle encyclopedia articles (including the article images and facts) can be freely used under Attribution-ShareAlike license, unless stated otherwise. Cite this article:
Erik Dahlberg Secondary School Facts for Kids. Kiddle Encyclopedia.