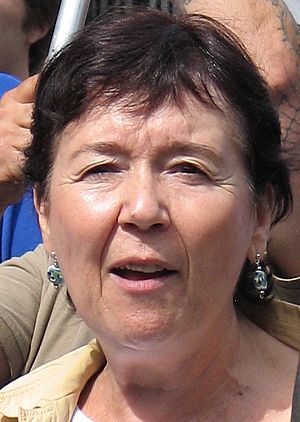 Francine Lalonde (August 24, 1940 – January 17, 2014) was a Canadian politician. She was a Bloc Québécois member of the House of Commons of Canada, representing the districts of La Pointe-de-l'Île from 2004 election to 2011, and Mercier from the 1993 election to 2004. She was also a lecturer, teacher and unionist and campaigner for assisted suicide. She was born in Saint-Hyacinthe, Quebec.

All content from Kiddle encyclopedia articles (including the article images and facts) can be freely used under Attribution-ShareAlike license, unless stated otherwise. Cite this article:
Francine Lalonde Facts for Kids. Kiddle Encyclopedia.