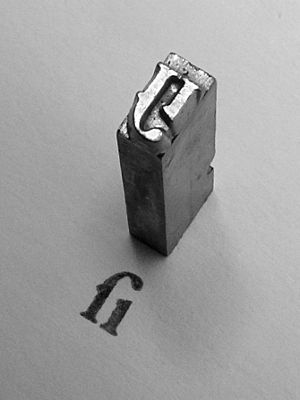 The adjacent characters ſi represented as one glyph

A glyph is an element of writing. Example: the ligature 'æ' in archæology represents a and e letters.

More exactly, a glyph is an element in an agreed set of symbols. A mark used in a language is a glyph, but in another language it may not be a glyph. For example, an 'n' with tilde, ñ, is used only in Spanish, as in piñata. It is not a glyph in English.

All content from Kiddle encyclopedia articles (including the article images and facts) can be freely used under Attribution-ShareAlike license, unless stated otherwise. Cite this article:
Glyph Facts for Kids. Kiddle Encyclopedia.