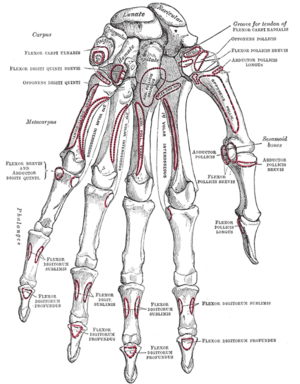 A picture from the 1918 edition

Henry Gray's Anatomy of the Human Body (or Gray's Anatomy) is an English-language human anatomy textbook. It was first called Gray's Anatomy: Descriptive and Surgical in the United Kingdom in 1858, and in the United States in 1859. It was written for medical students by Henry Grey and illustrated by Henry Vandyke Carter in 1855 and published in 1858.

All content from Kiddle encyclopedia articles (including the article images and facts) can be freely used under Attribution-ShareAlike license, unless stated otherwise. Cite this article:
Gray's Anatomy Facts for Kids. Kiddle Encyclopedia.